Cheap Full Body Tracking Solutions for the Quest 2 & Other Headsets

Did you know that up until the last year, the cheapest full-body tracking (FBT) solution was over $800 for a basic setup?

The most common way to achieve FBT is with Vive trackers and Steam’s Lighthouses. Vive Trackers are a massively expensive way to get FBT, as it usually requires 2-3 lighthouses and at least three trackers, quickly adding up to $800-1000 for just your waist and feet.

However, we’ve seen new tracking options in the last few years, ranging from:

So our journey will show some significantly cheaper options for FBT that you can try out right now.

Things to Note Before Buying

As of the writing of this article (March 2022), there are only a handful of games that support Full Body Tracking. Most people use FBT for VRChat.

Also, the Meta Quest 2 does not support full body tracking if you use it standalone. It only works if you’re connected to the PC through Oculus Link or Air Link. Make sure to have a VR ready PC for this. 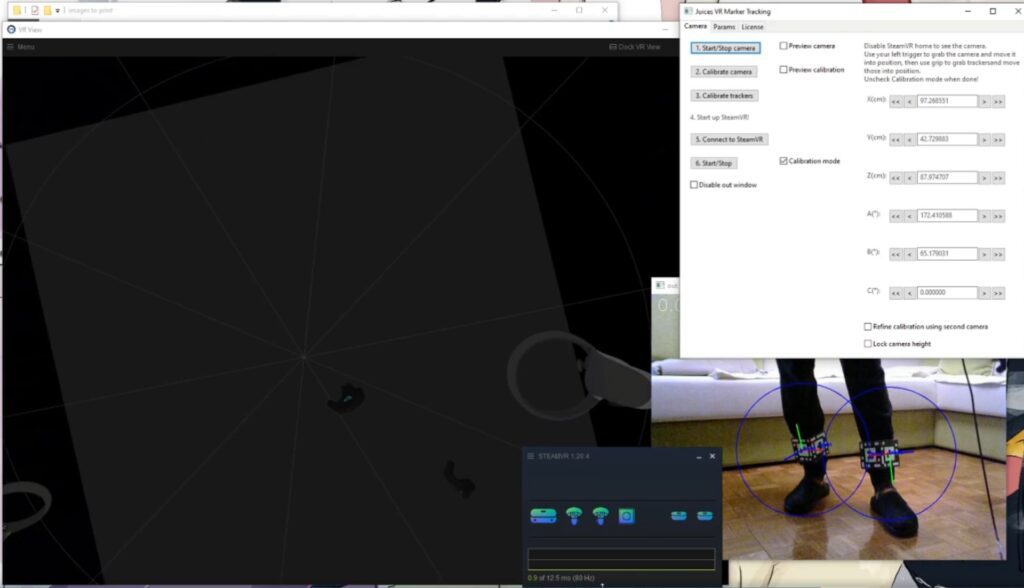 Setting up AprilTags is easy:

1. Set up a webcam in your playspace.
2. Print some paper QR codes
3. Tape those QR codes to your body – on your knees, elbows, hips so the webcam can track them

It’s a neat piece of free software and works reasonably well, with a few caveats.

Because it’s entirely based on just a webcam, the 3D depth isn’t perfect, as they can’t detect depth. It also requires you to have a specific sized area to place a webcam to pick up your entire body and trackers. For a cheap solution and some DIY, it’s not bad at all. 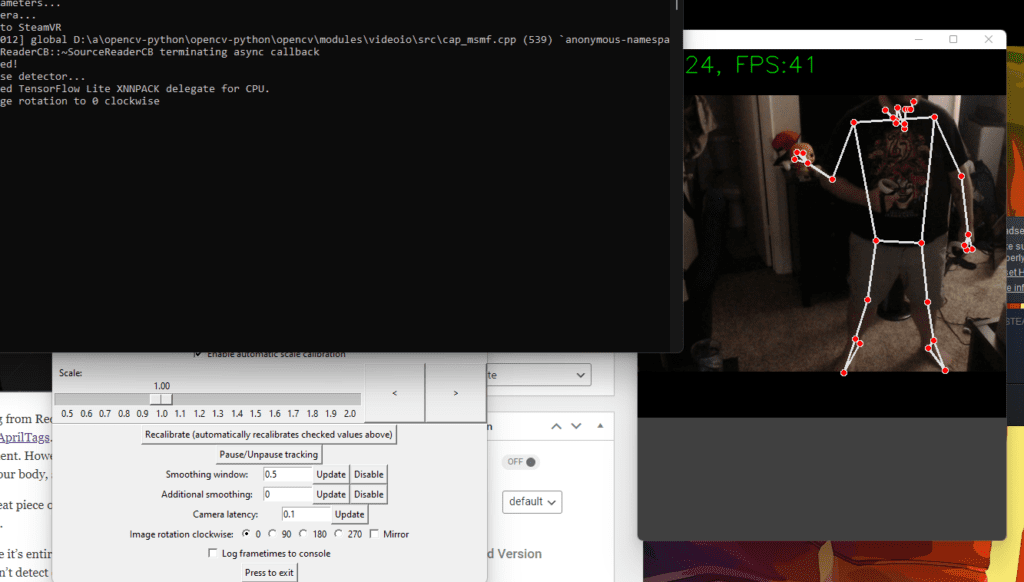 The second of u/juice4l’s creations, MediaPipe works exceptionally similar to AprilTagsVR, instead choosing to rely entirely on just your webcam! However, unlike its sister, MediaPipe is much newer and more unstable.

Because I had the time, I tried to set it up, and it did not work well for me. After about an hour of struggling, I gave up with calibration, as the trackers decided to dance around my room instead. It may work better for you, and it’s free so that you won’t lose anything. However, for me, it wasn’t possible. 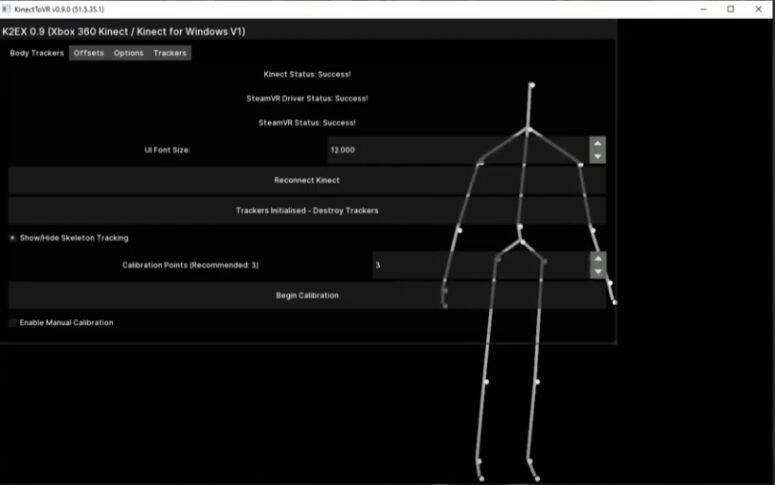 Remember all those old Kinect toys nobody ever asked for, way back in the early 10s? If you can find one, they make pretty great full body tracking devices with Kinect2VR.

These differ from webcams because the Kinect has depth sensors, making tracking work much more manageable than webcams. It also has a reasonably active fanbase behind the device, with many DIY-ers using Kinects for other things.

Kinect2VR has a pretty strong team behind the software, and it’s probably the best-looking presentation out of our list. The software is free and works pretty well, though you’re still limited to 180° rotation and slight lag. 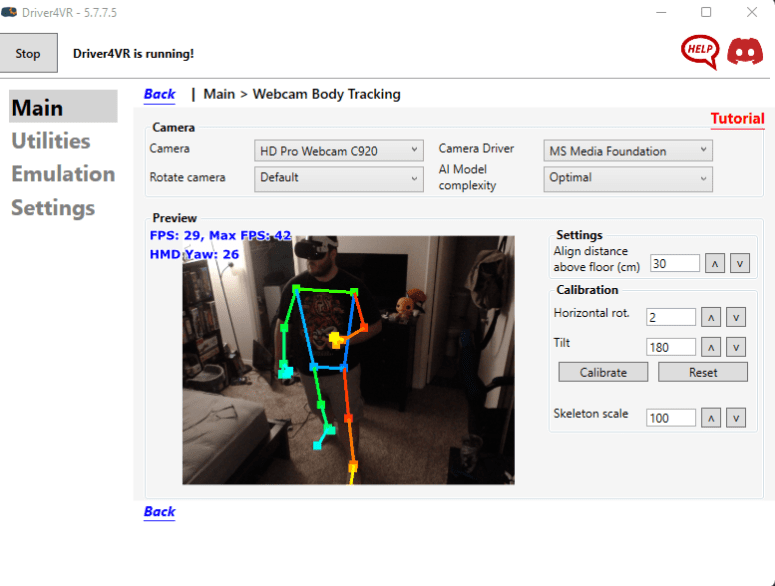 Alright, so if you took all of the options we just talked about and bundled it into a cheap $18 package, you get Driver4VR. This software encompasses almost everything you could use to track yourself in VR, such as:

The software also comes with a ton of other features too, like playing VR games with your TV, so leave a comment below if you want to see more!

The developers were kind enough to send me a key to review the software, and I had it up and running in less than ten minutes. The experience wasn’t perfect, but I had my legs and waist being tracked in VRChat with minimal effort.

It was not as fast at registering my legs or feet movement as a Vive Tracker would have been, but it was still functional for a test. I’m sure that once I go back and tweak some more settings, I can have it working much better.

Overall, I was most impressed with Driver4VR out of all of the options here, and I will definitely be using this in the future for VRChat and whatever else I can think of. 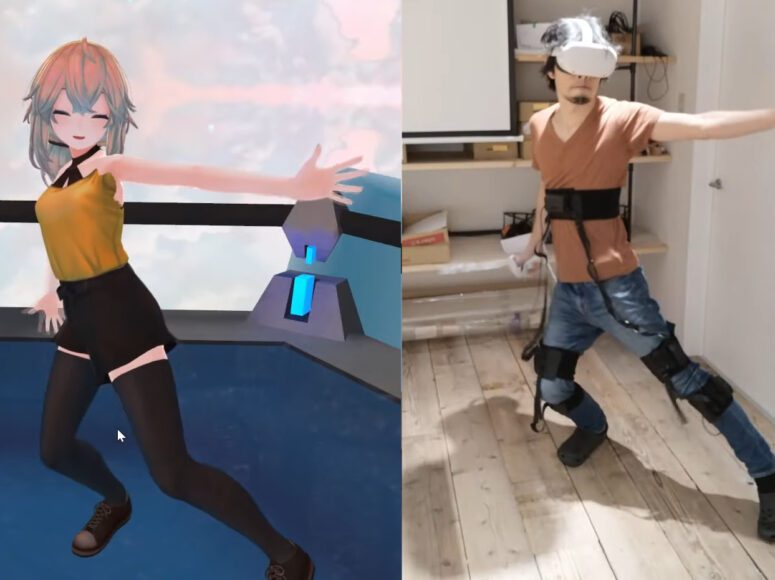 Naturally, we couldn’t mention every cheap tracking available, so we’ll cover a few other ones and why we didn’t go more in-depth:

HaritoraX, like SlimeVr, is another cheaper solution for FBT, but it hasn’t hit retail yet. At $270, it doesn’t seem like a bad option, but it’s too early to tell how good they are until we get more out into the world.

SlimeVR Trackers are still very new and haven’t hit retail yet. Once these start shipping, we’ll do our best to get our hands on some for a review. If these are as good as early reviews say, these are a massive competitor for Vive.

StonX looks extremely promising, offering a similar experience to Vive Trackers without needing any lighthouses or anything like that. However, these are still in pretty early development, so we can’t attest to their quality yet.

Tundra Trackers have hit retail (as of March 10th) and offer a cheaper FBT experience. However, “cheaper” is a relative term, as they’re only about $10 cheaper than a Vive tracker, and they still require SteamVR lighthouses.