Skip to content
How to Grow Your VR Legs

When I first got into VR, I couldn’t play games for more than 5 minutes without wanting to throw up.

But then I discovered some cool tricks I could do to overcome my VR sickness and I’m going to share that with you today. Here are the VR motion sickness cures that actually work: 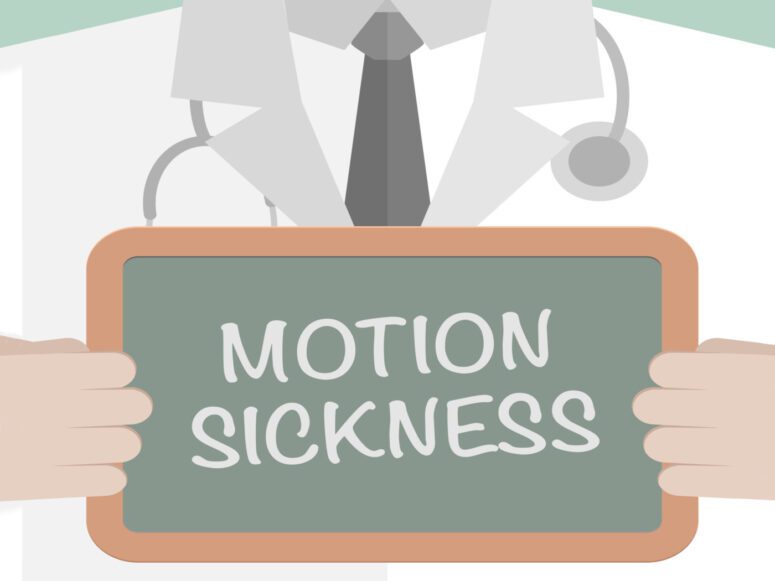 1. Use a program called ‘Natural Locomotion’

This program is like a miracle to some people.

Experts believe that one of the main reasons for VR motion sickness is the conflict between your vision and body signals: your eyes are saying that you’re moving, but your body says you’re stationary.

In order to overcome this, some developers have made a program called ‘natural locomotion.’ This programs changes the control scheme so instead of using the joystick to move, you move by swinging your arms in a walking motion. You can also move your feet in conjunction as well to further reduce the motion sickness.

This is an effective VR sickness cure. Read the reviews on Steam and you’ll see why I called this a miracle cure to some people.

If you’re like me, you don’t get motion sickness in cars, boats, planes or even rollercoasters, but VR makes you nauseous/dizzy.

Isn’t it strange that cars can cause a sensory conflict, but not cause motion sickness in many people?

The reason for that is, in a car or rollercoaster, the wind blowing against you and the rumbling/vibration of the car signals to your ears that you’re moving.

In VR, your sight is telling your brain that you’re moving, but your ears are saying you’re stationary. So this conflict might confuse your brain and cause this VR motion sickness.

The trick to overcoming this is by using a fan or portable air-con to blow wind on yourself. This will trick your inner ears into thinking that you’re moving and can be an effective VR motion sickness solution.

I speak from first hand experience, and I know many people who have said the same. When I first got into VR, I experienced Skyrim VR motion sickness after a few minutes of playing and had to stop.

Skyrim’s not the most intense game on VR either… So it was not looking good for me, and I was worried I wasted all this money on a headset I couldn’t use.

Luckily, I came across a guide that recommended ginger so I gave it a shot! The next day I was able to play for nearly 2 hours before I started feeling sick again.

Even some really experienced VR gamers still use ginger to this day because it lets them last longer on VR. Give it a shot – it might not work for everybody, but it’ll be somewhat helpful to most people.

Don’t like the taste of ginger? Try some ginger candy – they taste great. I get these ones from Amazon:

But you might be able to find them at your local stores too. Take 10-15 grams before each session.

4. Get VR Gear for Motion Sickness

Another option is to invest in a stool and some Cybershoes. They’re a bit expensive, but they make your experience more immersive and provide a good leg workout:

If you own a PSVR, Oculus Rift, HTC Vive or Valve Index, I don’t recommend this method because the wires get tangled and twisted up easily. This works best if you experience Oculus Quest motion sickness or have some other portable headsets.

Another alternative is to just move your legs when you’re sitting down. It could possibly help. 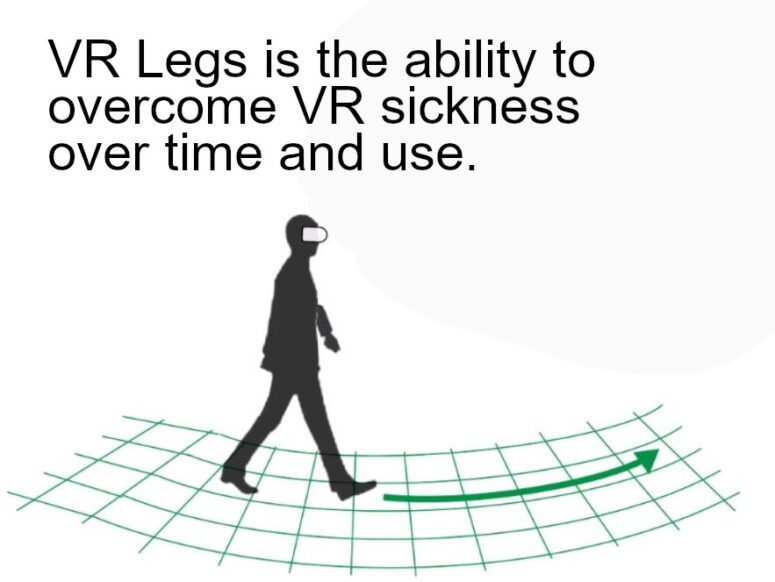 So if you keep playing VR games (ones that involve smooth locomotion), you’ll eventually overcome VR motion sickness. Most people are able to grow VR legs, but not everybody.

Here’s my guide on how to develop your VR legs.

How long does it take to develop/build your VR legs? For some, it’s about 3-4 weeks. For others, it can be up to 6 months of consistent use. Yep – it could take that long.

What are the symptoms of VR sickness?
The main symptoms are discomfort, nausea, vertigo, balance issues and/or dizziness.

How long does VR sickness last?
Usually only a matter of minutes to a couple hours. Sometimes it can go up to a day. If you experience VR sickness the day after, it means you overused VR. We recommend taking breaks between VR sessions especially if you’re new. Sometimes VR sickness lasts for a few days if it’s really severe.

PSVR motion sickness?
PSVR headsets have very poor tracking and are likely to induce motion sickness more often than other headsets. Luckily most people can acclimate to it by following these tips.

Oculus Quest motion sickness tips:
The Quest headset is quite heavy and can be uncomfortable at times. I recommend having a look at the comfort mods as they may help reduce motion sickness or headaches.

HTC Vive motion sickness:
The Vive is actually one of the best VR headsets for motion sickness and is pretty good overall in terms of comfort and tracking, but if you struggle with VR sickness, then maybe switch to teleport locomotion and stick to sitting experiences until you develop your VR legs.

Hope you find these VR motion sickness cures helpful! Got any advice/tips that worked for you? Please share them with me here: hello@vrheaven.io