Disclosure: When you buy something with the links on our site, we may earn a small commission for the sale. This doesn’t affect you in any way, but helps us keep the site updated with the latest VR information. Read more about our policy. 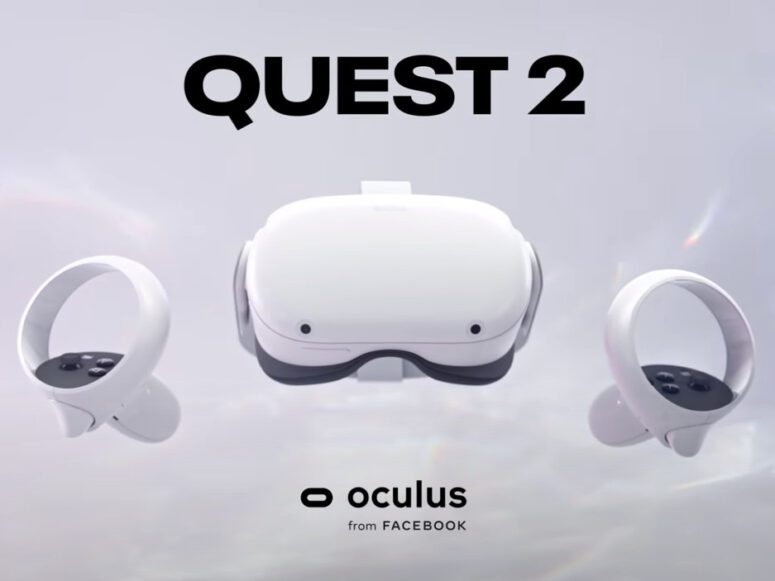 How much space do you need for the Oculus Quest?

My recommendation is, depending on stock availability, if both options are available, get the 64 GB version.

Having more space means you can store more games on the headset, but I found the 64 GB version to be more than enough.

You can even store games on your computer! Keep in mind – you’ll need a VR ready PC in order to do that.

Storing games on the headset itself will allow you to play wirelessly without linking up to the PC.

Here’s a breakdown of file sizes:

How big are Oculus Quest Games?

Here are some of the more popular game sizes (updated April 2021):

In general, the majority of games are 1 GB or under. Some of the bigger games reach 2-4 GB. Apart from Walking Dead Saints and Sinners, I haven’t seen any bigger games than that.

How much space (GB) is Beat Saber? The game itself is 0.6 GB, but you can add custom songs and mods which can easily double or triple the size if you’re heavily into it. Custom songs are usually ~3 megabytes each, so 100 custom songs = 300 MB.

For gaming alone, 64 GB is more than enough.

How many games can the 64 GB Oculus Quest 2 hold? That largely depends on the games, but the average game size is around 800 MB. This should allow you to install 80 games at once!

For 99% of people, this is more than enough, especially since you can always uninstall some older games to free up space.

On top of that, by using Oculus Link, you can play desktop games on your Oculus Quest headset without needing to install the games on it. So if you want to play SteamVR games or other desktop titles, you just need space on your computer, not your headset.

I currently have about 20 GB used up on games on my Oculus Quest, most of the games I play are on Steam.

Is There Any Reason To get the 256 GB Version?

How Big are Movies?

The Quest has very high resolution, so it’s one of the best headsets for watching movies.

Movies can quickly take up space on your headset. However, by using programs like Skybox VR, OR tethering to your computer, you can just store the movie files on your computer and watch from your headset (both wirelessly and wired). Skybox VR is amazing and doesn’t lag at all, even when using the headset wirelessly.

The 64 GB Oculus Quest is suitable for 99% of people. Even hardcore gamers won’t run into space issues, but if you want to store a lot of movies or record lots of gameplay, then get the 256 GB version.

Also, make sure to read: Should I buy the Oculus Quest 2 Elite Strap?

Feel free to ask me any questions and I’ll reply in 24 hours: hello@vrheaven.io