Motion sickness is a huge obstacle in the way of adoption. But just how prevalent is it? And how does it correlate with factors such as age, gender and headset type?

We asked people about their VR experience and compiled results into the following report.

Do keep in mind that this survey was conducted through Reddit and Discord groups. This may skew the data abit, because it consists of people who are more technology savvy.

You can read more about our collection method at the end of this post. 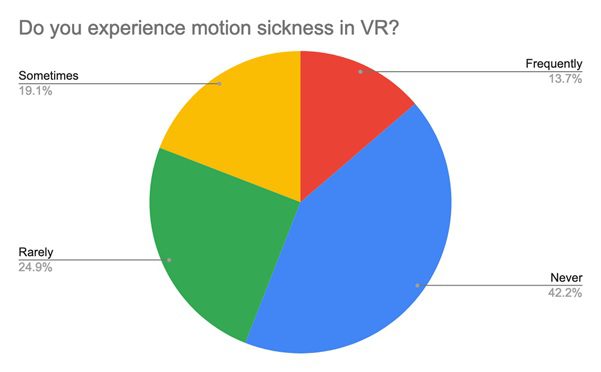 More than half the sample (57.8%) have experienced motion sickness whilst 42.2% have never experienced it.

Women are more prone to VR sickness than men? 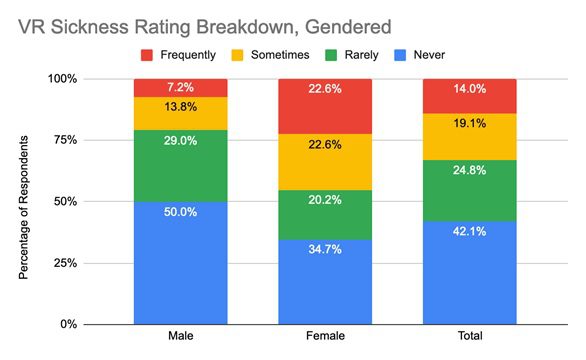 The data sugggests women are a lot more likely to experience motion sickness than men. Past research has shown a similar finding.

Note: The third bar (“total”) includes people who identified “other” or declined to specify their gender.

Some other research in the field suggests that in general, if you already experience motion sickness in real life, then you will be more likely to experience VR sickness.

A lot of papers out there agree that if you look at the data this way, then the gender bias disappears. Oddly enough, our data doesn’t line up with that! Gender still seems to be strongly correlated with VR sickness: 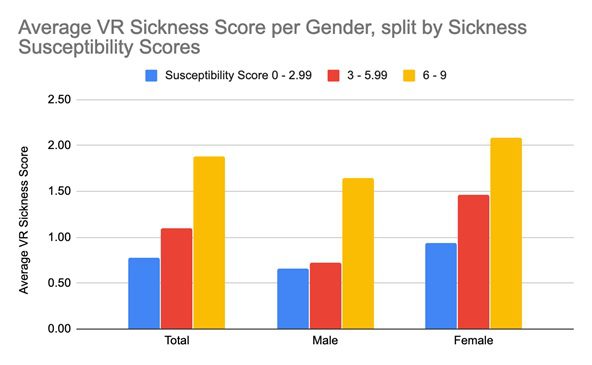 Does age play a role in VR motion sickness? 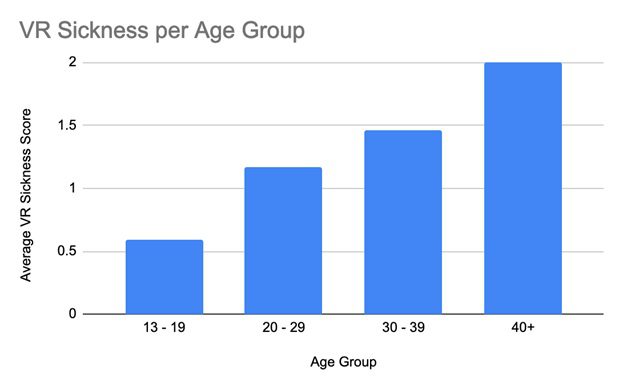 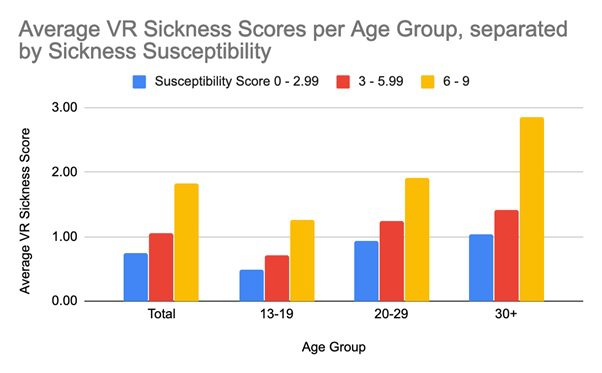 Does the headset type play a role in VR motion sickness? 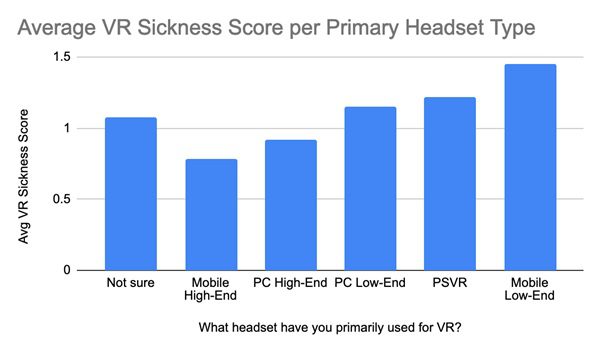 “Mobile Low-End” headsets such as the Samsung GearVR and Google Cardboards induce the most motion sickness.

Incredibly, PSVR headsets rank even lower than PC Low-End headsets like the old Oculus DK1 and Wal-Mart VR-Tek headsets. We think this is because the tracking system on PSVR headsets is less reliable than other systems.

Does the locomotion scheme play a role in VR motion sickness? 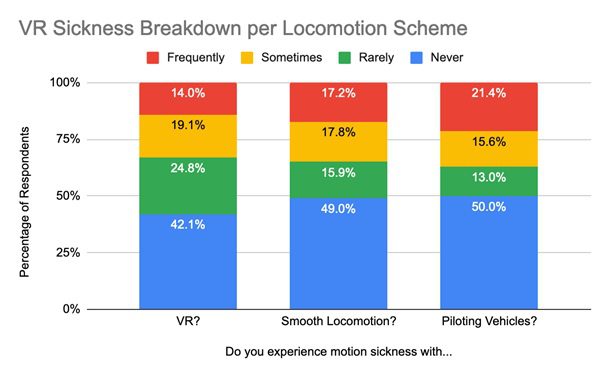 Can You Overcome VR Motion Sickness By Playing More? 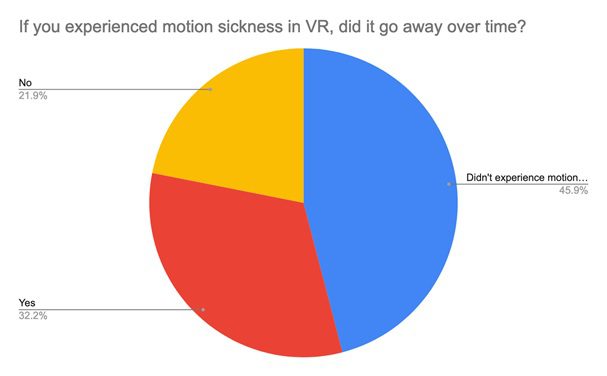 A lot of VR enthusiasts talk about “VR legs,” the ability to grow resistant to VR motion sickness by exposing yourself to it. Our data seems to confirm it.

Let’s see how these numbers look for men vs. women: 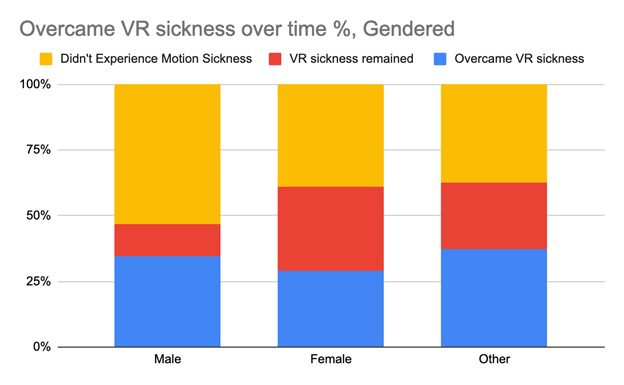 This may or may not be due to a biological factor. It could simply be due to the fact that they are less likely to use VR consistently, or the degree of motion sickness they experience is more severe than men, making them less likely to develop their VR legs.

Our dataset consists of around 292 respondents with 145 males, 131 females and 15 ‘other’. The data is not completely random, as 80% of the sample comes from Reddit, whilst the other 20% came from Discord groups and family/friends on Facebook.

The advantage of using Reddit is that we got a huge sample size. Many VR studies only had 10-20 participants and we didn’t see any with above 50.

When posting on Reddit, we specifically avoided posting on VR related subreddits to avoid skewing the data too much, because most people who go on Subreddits like  /r/virtualreality probably use VR frequently and aren’t as prone to motion sickness. We also offered a $50 gift card prize incentive for those who took the survey.

In all of the data that was considered, respondents had used VR before, but don’t necessarily own a headset. To calculate VR sickness scores, each of our respondents answers was given a numerical value. As a response to “Do you experience motion sickness in VR?” Never = 0, Rarely = 1, Sometimes = 2, and Frequently = 3.

The same was done for our general motion sickness questions to calculate a motion sickness susceptibility score. The numbers were totalled for cars, boats, and airplanes, and then normalized to a range from 0 – 9. This means that if a respondent answered Frequently and Frequently for cars and boats, but had never been on airplanes, they would still score a 9.

This was based on the MSSQ-S that researchers use to determine motion sickness susceptibility.

Based on our data…