The standalone Oculus Quest can’t play Steam games, but by using an Oculus Link cable (an extra $15-$79), you can basically transform your Quest into an Oculus Rift S and it runs perfectly well. This is a new feature that was added in earlier this year in 2020.

Alternatively, you can use a paid app called ‘Virtual Desktop‘ to play Steam games wirelessly, although this requires a 5G router in proximity to run without lagging.

Which Headset to Buy?

Here are the main selling points of each headset:

Pimax 5K & 8K: highest field of view makes it the most immersive headset, but highly experimental.

HTC Vive Pro: Slightly worse than the Valve Index in every single way except for it’s wireless capabilities if you buy the wireless adapter which is pretty expensive.

Here’s a simple breakdown for you:

If you’re on a tight budget: Try looking for a Windows Mixed Reality headset that’s on sale or in used condition (they frequently go on sale). The headsets you wanna look for are: HP Reverb, Lenovo Explorer and Samsung Odyssey (which is more expensive, but an upgrade from the others). These headsets a bit hard to find nowadays because they’re always sold out, but if you can find one, try and grab it. If not, you can try buying a used Oculus Rift S or a used Oculus Quest.

Mid-range option #1: Oculus Quest. The Oculus Quest is unique headset in that it is completely wireless and doesn’t require your PC to run games. However you can transform your Quest into a Rift S for an extra $15-$79 by purchasing an Oculus Link cable and that’ll allow you to play Steam games. Having a wireless headset is a HUGE advantage, so this is the headset we’ll recommend.

Mid-range option #2: Oculus Rift S. It’s slightly cheaper than the Quest, but lacks wireless capabilities. However, for those who value comfort, the Rift S is one of the most comfortable headsets on the market. Meanwhile the Quest is not comfortable at all and I had to buy some comfort mods in order to use it for long periods of time. So if you don’t want to deal with comfort, I recommend getting a Rift S.

High-end option: Valve Index. The best of the best. It’s ultra comfortable and comes with the higher field of view than the other headsets mentioned. This makes the whole experience more immersive. It’s also the most expensive by far and requires an ultra powerful computer to run at max refresh rate. If you don’t have at least an i7 processor and a RTX 2070 graphics card, then I recommend you go with the mid-range options instead. 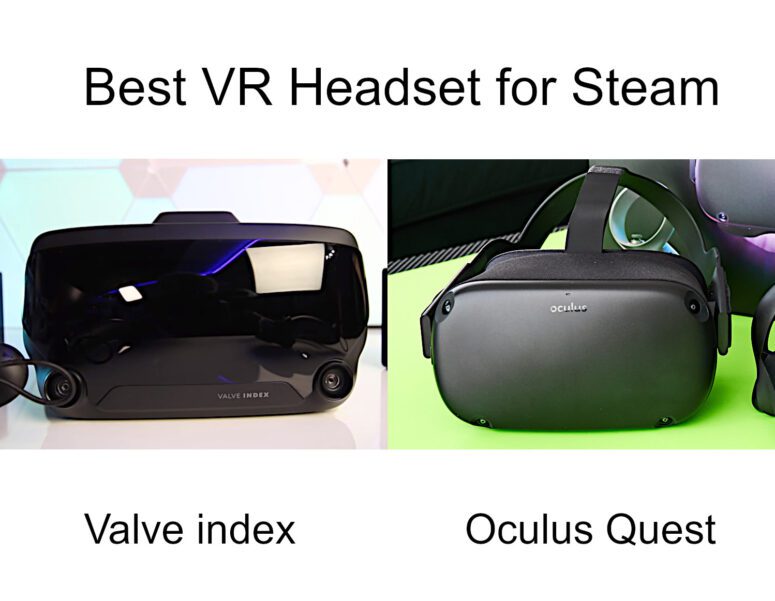 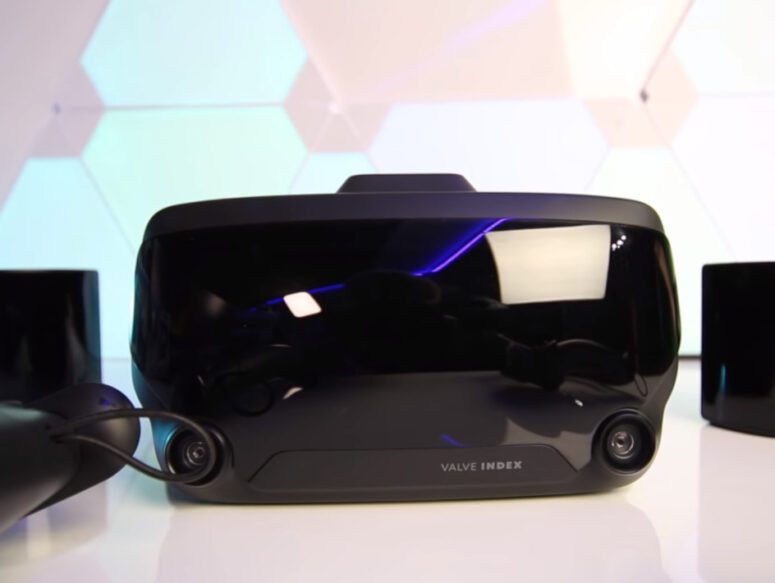 If you’re a heavy gamer with a powerful computer to run VR, then the Valve Index is the absolute best VR headset for Steam games.

This is an ultra high-end headset: It requires an extremely powerful computer to run (at least an RTX 2070 to run on 120 Hz).

If you don’t have thousands to spend, I recommend skipping this section and checking our ‘runner up‘ choice which suits most people.

The Valve Index uses SteamVR Tracking 2.0 which has external sensors that go on your shelf to track where your hands and body are. It is currently the best motion tracker on the market, making it ideal for competitive games such as first person shooters such as Pavlov VR.

If you’re after full-body tracking, this is the headset to get as other headsets with inside out tracking can’t track your body.

Compared to the HTC Vive Pro, the Index beats is superior in almost every way and is also cheaper.

Overall it’s the best VR headset for PC gaming, offering the ultimate immersive experience, comfort and ability to play competitive games with an edge over other headsets. 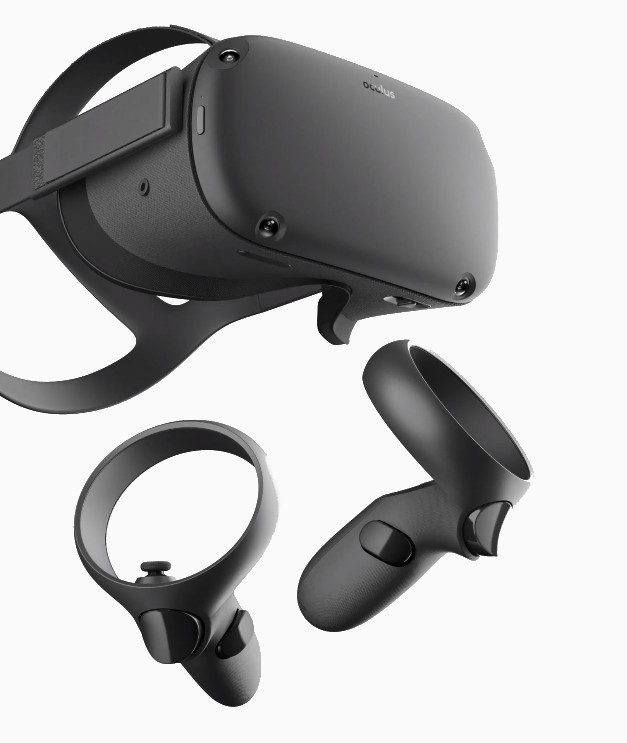 The Oculus Quest is a wireless headset that can play Steam games if you tether it to your machine using the Oculus Link cable.

You’ll need a VR capable computer, but the requirements aren’t as high as the Valve Index.

The Oculus Quest is the most “bang for your buck” headset, with graphics quality on par with the Valve Index and the ability to play every Steam game on the market.

Overall, this headset is the best VR headset in the $100-$800 price range. For 80-90% of people, especially beginners, this is the right VR headset to get.

Just be aware of the extra costs: $30-$50 for comfort mods and $20/$80 for the link cable. After factoring in those costs and it’s still the most bang for your buck headset. 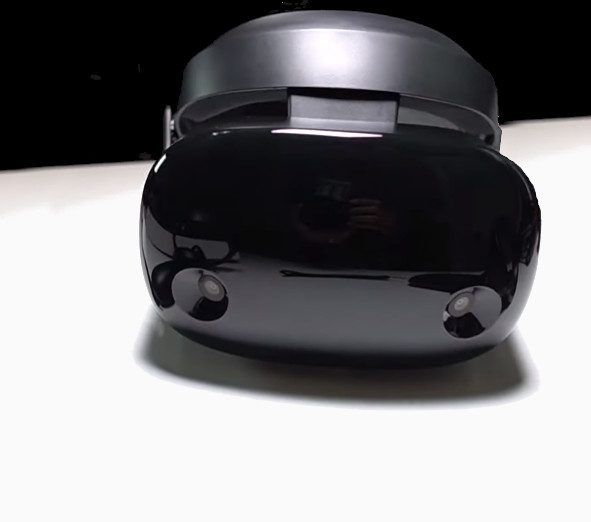 These are a bit hard to find nowadays, but they’re the cheapest entry into Steam VR gaming. They work perfectly well and have beautiful picture quality. 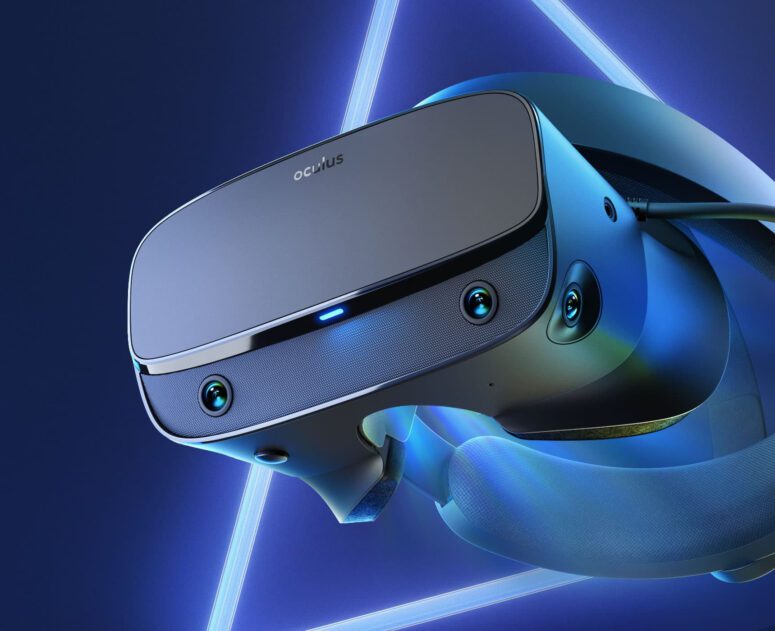 Skyrim VR is a 500+ hour long game long game with plenty of mods which are the best part about the game.

So for playing Skyrim VR, I’m going to recommend a comfortable headset that’ll allow you to play the game for many hours at once.

Keep in mind that you can pick any of the headsets listed here and there won’t be much difference between them in terms of gameplay & picture quality.

Also avoid the WMR headsets (Samsung Odyssey and Lenovo Explorer) because it can be annoying to lose tracking in this game.

The Pimax 8K has great resolution, but I noticed frame drops whilst using mods on Skyrim VR (without the mods it was fine). The mods are the best part about the game, so I won’t recommend the Pimax for this one either.

Instead, the best headset for Skyrim is the Oculus Rift S, because it’s affordable and one of more comfortable headsets on the market whilst offering nearly the same picture quality as the others.

The Rift S isn’t as comfortable as the Valve Index, but spending that much money is overkill for playing Skyrim. If you’re planning on playing competitive shooters however, then consider getting an Index. 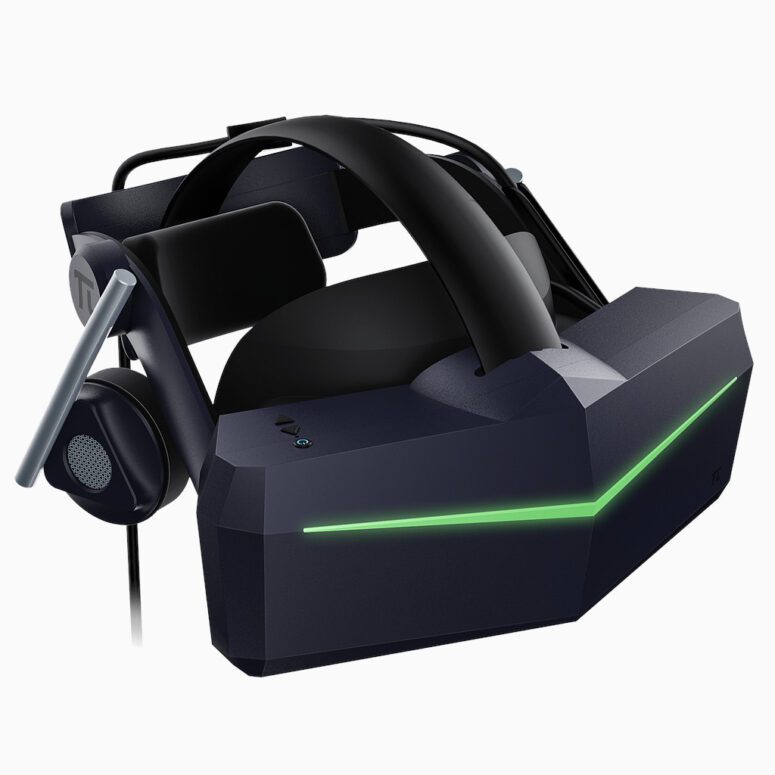 Elite Dangerous is the most immersive space-flight simulation game which you’re going to spend hundreds of hours on. For that reason, I recommend spending your money on a really high end headset such as the Pimax 8K to get the most out of the experience.

There’s a lot of text on Elite Dangerous – so you need a headset with high resolution, otherwise you’ll be squinting to read the text.

Like the Valve Index, the Pimax 8K is ultra expensive, so consider picking up a Quest for this. That’s the minimum resolution you should be aiming for when playing Elite Dangerous.

The best VR headset for Elite Dangerous is the Pimax 8K, because it offers unrivalled resolution and field of view, making it the most immersive headset on the market.

Who Should Buy a Steam VR Headset?

The current state of VR is absolutely breathtaking. However, not many people own a VR headset and anyone who does is still considered an early adopter.

With Half-Life: Alyx coming out in March and Valve teasing Left 4 Dead 3 (their flagship VR title), VR is going to explode in popularity soon and there’s no better time to join.

If you’re a gamer who can afford any console, you should pick up a VR headset over anything else, because it’s super affordable nowadays and it’s the best investment you’ll ever make. Not only do you get to experience immersive, spectacular games, but you get to exercise in the process!

Where can I buy a VR Headset?

The easiest way to buy a VR headset is from Amazon. It usually arrives in 3 days unless it is heavily back-ordered.

The Valve Index isn’t available in stores, whilst only a few stores sell the Oculus Quest/Rift. If you live in America, you might be able to find it in stores, but if you live in another country, it won’t be available on shelves.

What computer do I need to run VR?

Each VR headset is different and will require different specs. You can also lower the refresh rate on some headsets to accommodate for some PCs. Check out our guide to building a computer for VR to learn about the specs needed to run VR.

Why is the Valve Index the best VR headset for Steam games?

Immersion, comfort and tracking – it aces in all those categories, whilst being able to play any SteamVR game out there. It does cost a tonne, but you get what you pay for.

Is it worth spending the extra money on the Valve Index as opposed to the Quest?

So you decide if that’s worth paying the extra cost for.

How big of a difference does Field of View (FOV) make?

A lot. A higher field of view gives better immersion. The 30° field of view difference between the Valve Index and the Quest is very significant, but is by no means a deal breaker.

If you’re planning on playing as many SteamVR games as possible and want to compete in competitive multiplayer games, your best purchase is the Valve Index.

For 80-90% of people, the budget option, the Oculus Quest is the best choice.

However, if you think you’re going to spend the majority of your time playing one game such as Skyrim VR or Minecraft VR, then get the headsets I specifically recommend for that game.