Skip to content
How VR is Changing the Future of Architecture

How VR is Changing the Future of Architecture

Gone are the days of going to open houses. It’s now possible to put on a VR headset and see your future dream house without ever leaving the comfort of your home.

In fact, a recent survey of architects revealed that nearly 70% of them were using VR and similar technologies for their constructions.

Let’s take a look at the 5 major questions about VR in architecture:

Virtual reality (VR) is emerging as a technology with potential to affect our entire lives. Despite first being developed in 1957, VR has only started becoming useful in the past few years due to the gap in processing power.

In addition, accessing usable and functional VR has been difficult until the 2010s. For instance, in 2004, the premier VR headset on the market was the CyberMaxx, a head-mounted display (HMD) that cost $699 and only had a resolution of 505 x 230.

But now, there are numerous companies offering their own VR HMDs including the following: 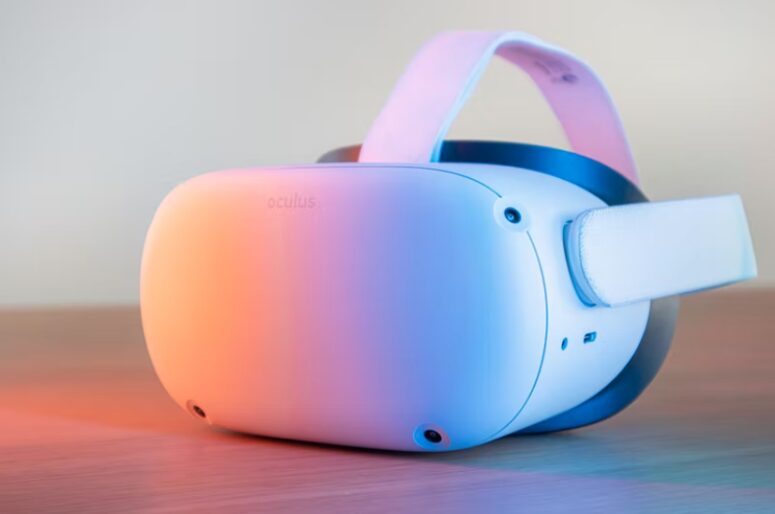 With an entry price of $299, the Oculus Quest 2 has been one of the most popular VR headsets on the market.

Why VR is Becoming More Accessible to Architecture

It’s now possible for a person to choose which VR headset to buy based on their own needs such as best experience, best value, or easiest to set up.

Because VR capabilities are improving at such a high rate, industries such as architecture are able to use it to facilitate its operations. Since architecture relies heavily on visualization of construction plans, VR will be able to save a lot of time for architects and their clients.

How is VR being implemented in architecture? 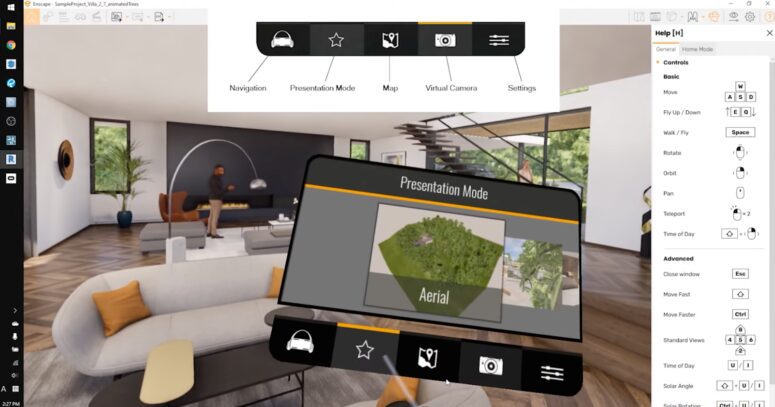 It is now easier than ever to view building models in VR.

VR Features That Make it Useful in Architecture

In truth, VR offers something that building models or renders can’t match. And that is the immersive experience of walking into your future house and seeing all the details being displayed, as designed by the architect.

This enables for quicker communication between architects and clients, especially to maintain expectations.

How Prevalent is the Use of VR in Architecture?

A 2016 survey by CGarchitect of 376 people in the architecture industry revealed 3 interesting results:

Yes, there are many architecture firms who use VR in their work, here are a few key examples:

Additionally, you can simply use the buttons on your screen to switch between exterior view, interior view, different floors and amenity areas. With usage of light we create Day/Night effects which you can’t really generate in a physical architectural model.

With AR Pandora’s smart optimization algorithm, you can generate the best graphic quality that a mobile device can generate without losing 3D model’s details.

Gensler is the largest architecture firm in the US by total revenue ($1.52 billion in 2021). Gensler also operates offices in close to 50 cities in more than a dozen countries so collaboration is vital for the success of their firm.

Weekly VR meetings are commonplace at close to 30 Gensler offices worldwide. These meetings help design team members to get hands-on experience with their projects. Gensler values VR teamwork so much that most of these offices have dedicated VR rooms for these meetings.

This firm is truly embracing VR with open arms. Since 2015, around 50 of their projects were completed using IrisVR, a software appliance for immersive architecture design. Additionally, ZGF Architects has its own dedicated VR specialist who is responsible for smooth VR operation.

Project managers can view and assess drafts within VR and designers can edit them in real time. Visualization of models in VR can allow designers to fix flaws that are clear in VR, but hard to indicate in 2D software alone.

Skidmore, Owings & Merrill Inc (SOM) utilizes VR to allow designers to receive feedback quickly. A senior designer at SOM, Daniel Cashen, remarked, “You can get to the point very quickly. It either sells or kills the project right away.”

Once again, VR is saving architects and clients a lot of time. It also makes managing expectations regarding the project easier.

Let’s take a closer look at Gensler’s daily operations within VR to see how an architecture firm can incorporate VR into their operations.

As mentioned before, there are weekly VR meetings between Gensler designers located in multiple cities across the world. Known as “VR Jams,” these meetings allow for easier communication and feedback from fellow project designers.

Going to work now feels like a video game, at least from how Megan Lubaszka describes it. All Lubaszka does is put on her VR headset and wait for her coworkers to enter the virtual world. Once everyone’s there, lead project designers will guide the group through their latest concepts.

Turning Point in the Minds of Architecture Firms

There’s no doubt that Gensler believes in the potential of VR in architecture, but how did it get this way? After all, just a decade ago, there weren’t many available VR headsets on the market.

It turns out many architecture firms saw the following benefits with using VR:

Using VR to its Maximum Capacity

But VR in architecture is still surprisingly rudimentary. Sonny+Ash, an architecture firm based in Chicago, is working to use video game technology to create life-like visualizations. This can unlock a few features to the architecture industry:

In fact, a firm called Ennead Architects used an early version of this technology for the construction of a Shanghai planetarium. 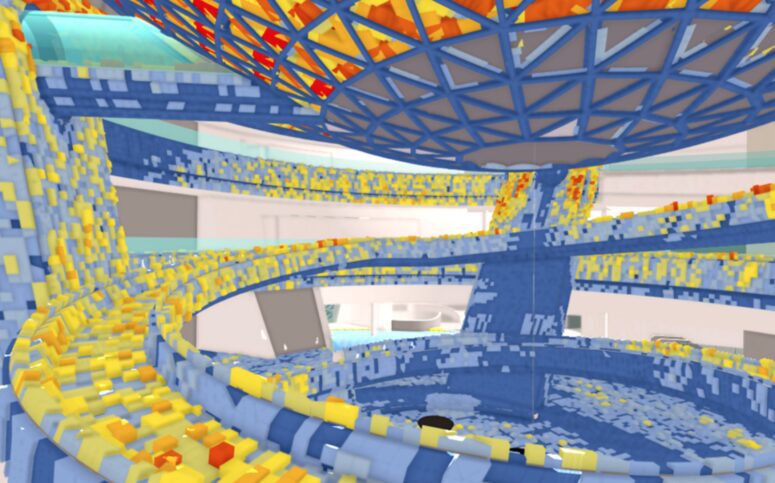 Using a mix of VR software — IrisVR and Ladybug overlaid with Grasshopper 3D — the lead project designer, Brain Hopkins, and his team were able to project 3 valuable pieces of information onto their 3D model:

When Hopkins and his team used this technology, they were able to visualize and comprehend the data beyond random numbers on a page. In Hopkins’ own words, “We’re humanizing the data.” 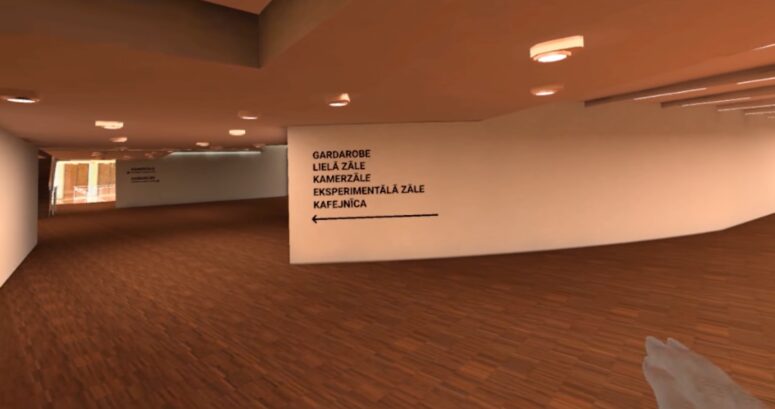 An image from a building rendering in VR by Gunita Kulikovska.

Use of AR in Architecture

VR in architecture has shown to be an effective tool, but it is not the only technology that architects can use. Augmented reality (AR) has become more prevalent over the years just like VR, and it also shows potential for architecture firms.

For instance, AECOM, a firm which carries out large infrastructure projects, uses AR for visualization of models to pair with real-world data. By uploading satellite data into design models, AECOM is able to see a bird’s eye view of the entire structure, including detailed proportions and topology.

This render was created by Paracosm’s PX-80 Lidar Scanner. It can be converted into a VR/AR model for further visualization.

Furthermore, project managers are able to switch views of their designs. This is what the VR/AR developer at AECOM, Morgan Garrard, had to say about the process: “We can toggle between the regular city view, sort of a satellite view of the buildings, and then toggle to, say, environmental justice areas. So we’ll be able to see, in various gradients of red, where the areas of environmental justice are that need to be addressed.”

Pros and Cons of Using VR in Architecture

As mentioned before, there are a number of benefits of using VR in architecture, including:

In short, the advantages of using VR in architecture will only increase as VR technology and processing power improves.

There are still two lingering concerns regarding VR integration within architecture:

One issue with VR in architecture is that it takes a lot of knowledge and experience to blend the two fields together. Architects may find it difficult to experiment with new VR technology and also fulfill all of their other tasks.

This is a reason why some architecture firms have hired VR technology specialists who are trained to make VR easy to use for project designers. This enables architects to focus on what they are good at while leaving the technical aspects of VR to the specialists. 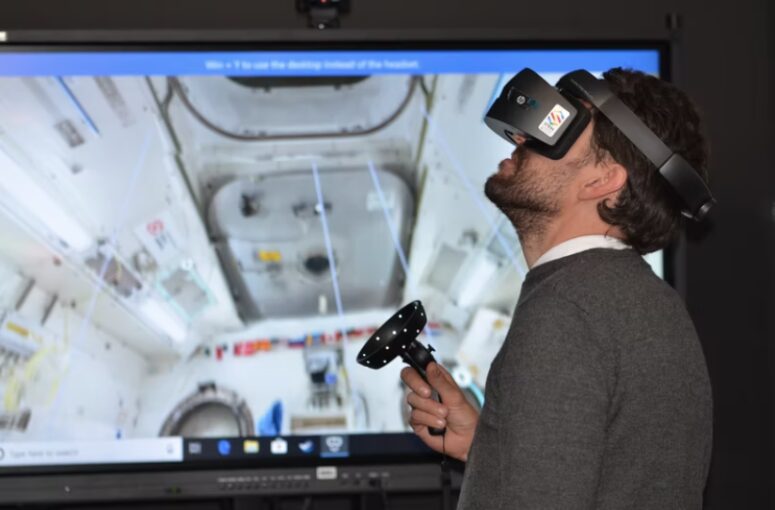 Lack of VR Designers with Architecture as Their Sole Priority

Another issue with VR in architecture is that VR is primarily developed by video game designers. This might be great for visualizing models in VR, but there are some downsides:

Furthermore, there are other issues such as VR sickness and comfort, but these issues can mostly be controlled.

Although VR technology is in its infancy, using VR for architecture appears to be inevitable in the coming years. VR technology will continue to improve and VR equipment will be cost-effective and accessible, even for smaller firms.

Using VR for architecture will allow firms to have easier communication between architects, builders, and clients. In addition, VR will allow clients and builders to visualize blueprints better than any render or scale model. VR will also allow designers to edit their designs in real time.

We are past the tipping point for VR integration in architecture. In fact, when there is an affordable, effective VR system built for architecture on the market, there will be many firms that adopt it. As it is, some of the largest architecture firms in the world already use VR. They will pave the way for the rest of the industry.