In 2018, there were estimated to be 171 million VR users worldwide. It is 2020 now, and seeing how VR headset sales numbers were through the roof during Christmas and New Year’s sales, the VR market is extremely populated now. This is the best time to start getting into virtual reality marketing.

Why Virtual Reality Marketing is Important 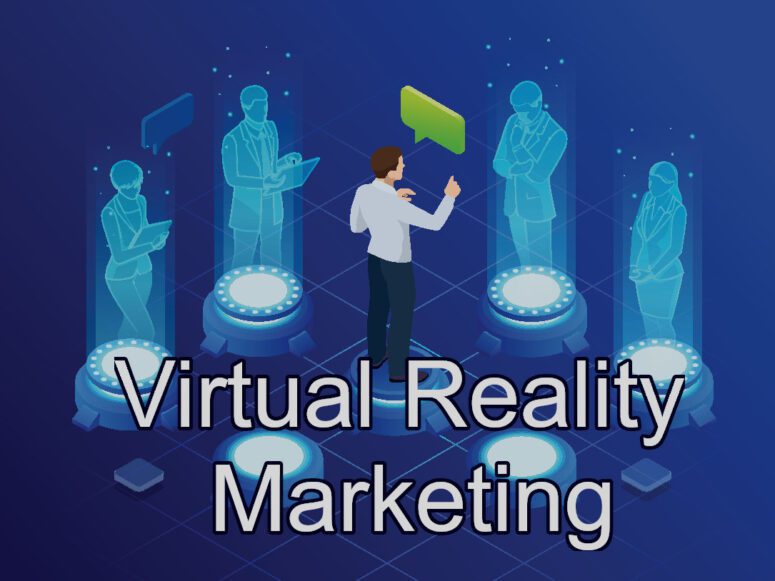 75% of the world’s top brands are now using VR technology in their marketing. Not only that, but according to Greenlight Insights, 62% of consumers say they are more engaged with a brand if it offers a VR experience. VR marketing is very important in 2020.

As an example, nearly all the big name car brands such as BMW, Audi and Porsche allow their users to examine and test drive their cars in virtual reality. It costs a lot of money to develop apps like this, but obviously, it’s worth it to these companies.

Luckily you don’t need to be a big brand or invest hundreds of thousands of dollars into VR tech in order to use it. You can actually start implementing VR marketing into your campaign for a few hundred dollars.

Everybody knows how great Youtube is as a marketing platform, but it’s also very difficult to grow a Youtube channel and to understand how Youtube SEO works.

Well, ever since 2015, Youtube has allowed 360° or 180° VR videos on its platform. The great news is that the competition for 3D 360 videos is much lower than 2D videos. There are some brands who have caught on to this trend, and many who haven’t.

So if you want to get in early, now’s the time. There’s not much competition in VR videos and you can become a leader in this space before it gets mainstream.

One industry that has taken advantage of virtual reality digital marketing is the tourism industry.

VR allows them to showcase tours of key tourist attractions, activities such as Safaris, and even the aeroplane flight.

Meanwhile, hotels can also allow potential customers to get an inside peak of their hotel in 3D 360.

Here’s an example of what I mean:

Viewers who don’t have a VR headset can view the video by using their mouse to rotate the camera. But VR is very affordable nowadays. People can watch VR for as low as $15 for the Google cardboard, meanwhilst high end headsets can be bought starting at $200-400 (for Windows Mixed Reality headsets and Oculus headsets).

Bloomberg has found a lot of success with these 360 videos and are still making them to this very day. Their ‘Tour a $17.75 Million NYC Penthouse in 360’ video even managed to reach a million views!

So if you’re creative and know how to make good videos, Youtube VR videos is an untapped niche with plenty of potential.

Here’s a list of industries that can benefit from VR marketing.

This is just a small sample. The impact of VR on marketing is huge and nearly all industries can benefit from VR marketing. The great thing is VR is still in it’s early stages and will only continue to grow. It’ll allow you to be creative and create something nobody has created before.

A happy meal box that transforms into your own VR goggles? That sounds absolutely crazy, especially considering how a Google Cardboard costs $15.

But McDonald’s has already done this as a trial run in Sweden. They appealed to kid’s imaginations with their app: “Watch Out On The Slopes” which is an educational skiing game that teaches kids to be vigilant on the slopes. The game is also sponsored by the Swedish alpine skiing team.

Whilst they never took their experiment further, we can expect some VR advertising campaigns from them in the future.

Vuze is a company that sells 3D 360 cameras. In order to advertise their cameras, they created an epic video of a skydiving experience in VR. The video got 3.4 million views and bought a lot of attention to their brand.

Moral of the story: create epic VR videos. They always do very well (like the Bloomberg ones from before).

Guess what the most viewed VR video is on Youtube? It’s a rollercoaster 360 video which got 56 million views! And people thought VR was dead…

These guys got a Masters of Marketing award for this and achieved amazing results with this experiment. What they did was they went around shopping malls, sat people down and gave the public a taste of this VR experience.

They stimulated the user’s senses by using visuals, a soundtrack, cool air, fans, a moving chair and product samples.

Meanwhile, user reactions were recorded in 6 second clips and shown on social media with the hashtag #BoursinSensorium.

As a bonus insight, I used to do full-time marketing and I’ve noticed that VR ads tend to perform very well across web and mobile platforms.

They get much higher engagement rates than usual, because VR is still a new thing and it’s very rare to see a VR ad. When you see a VR ad for the first time, you think ‘oh this is pretty cool.’

I imagine this is going to go down in the future when VR becomes more mainstream, but that’s not going to happen for another few more years. So take advantage of that knowledge whilst you still can 🙂

Hope you find this information useful! Drop me an email at hello@vrheaven.io if you have any questions.