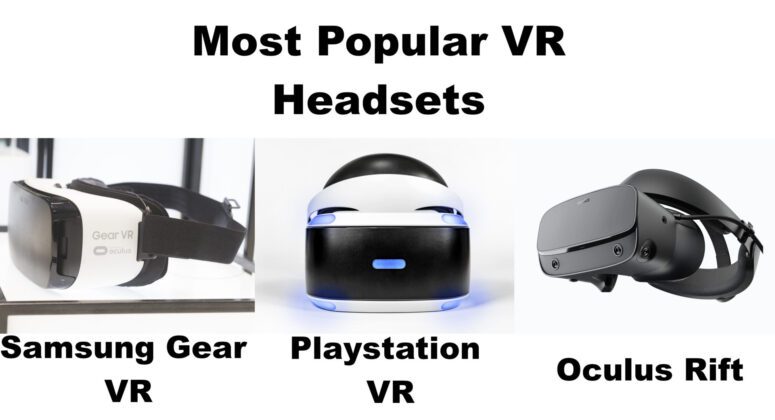 Want to know which VR headsets are everyone buying nowadays? Here we examine what are the top 10 most popular VR headsets of 2019 according to sales data.

We’ll be excluding very low-end headsets like the Google Cardboard ($10).

Now, which VR headset has sold the most?

The Playstation VR headset holds the lead in sales numbers for higher-end headsets with a total of 4.2 million sales as of March 2019, as officially stated by Sony.

It’s not as good as other headsets, but has some exclusive VR games that you can’t play with any other headset.

Being the only console VR headset (apart from the Nintendo Labo which is a gimmicky $40 headset), it’s no surprise that it’s the most popular.

If we’re talking about ‘value for your money,’ the Quest 2 is by far the BEST headset to have come out to date. It’s a $300 headset with specs that are on par with a $600-700 headset. It’s resolution is the second highest on the consumer market (excluding experimental and corporate headsets) and it’s wireless, not requiring a high-end PC to play it.

In terms of introduction to VR, it’s probably the best headset to get if you’ve never experienced VR before.

It’s got the highest resolution on the market (higher than the Quest 2) and has great comfort compared to the Quest 2. Visually, it’s by far the best headset out there.

If you get the HP Reverb G2, you won’t be able to go back to other headsets unless you want wireless.

The main advantage of this headset is it gives people a cheap option to watch movies in VR, otherwise it’s pretty much pointless to get for gaming.

The Valve Index has few sales compared to other headsets due to its high price ($1000) and the fact that it’s low on stock all the time. Valve only released this headset to the US & UK, selling 46k units in the first quarter of its release which is still pretty impressive. As a comparison, the Quest sold 180k units in its first quarter. 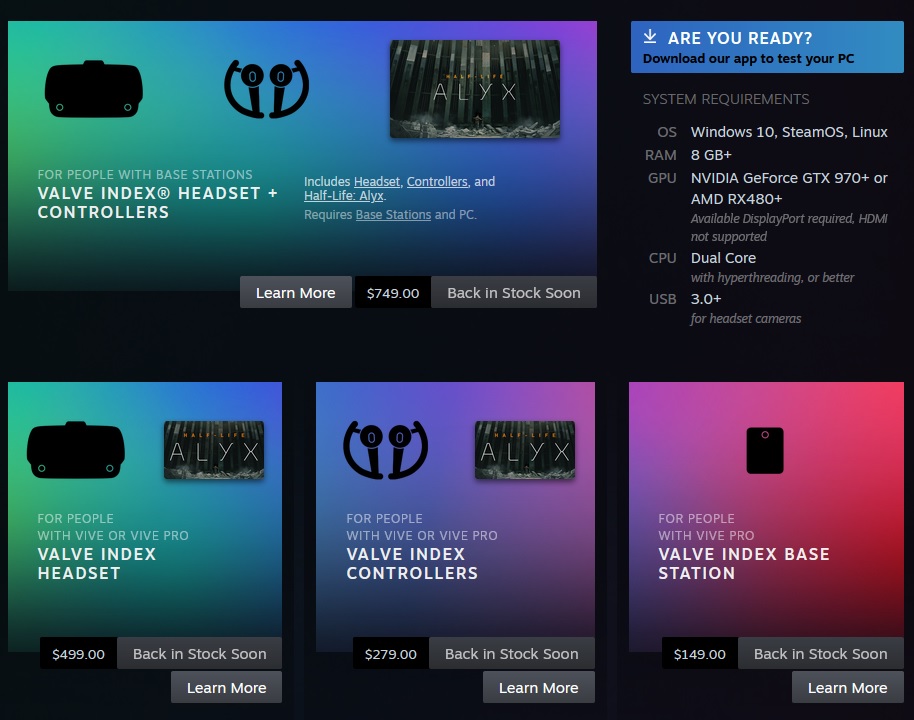 Sales did rise after the announcement of Half-Life: Alyx, but was halted due to supply shortage and COVID-19.

Still, it’s one of the best headsets on the market, but falls short to its competitor the HP Reverb G2.

Considering that the Valve Index is extremely expensive and is only meant to reach the most hardcore VR enthusiasts, the sales have been very impressive.