*This guide is written for 2021 and will be regularly updated*

The Valve Index is an absolute top tier headset with LCD panels running at 144 Hz refresh rate and 2880 x 1660 resolution, but with such high specs, does this mean you’ll need a big budget get a VR-capable PC?

The answer is: NOPE! Even lower end PCs can run the Valve Index, but I still recommend buying the best you can with your budget. You can never have enough power for VR! There are always areas where you can use the extra power.

Having used to work at a VR-cafe, I can now share with you the builds we used for our Valve Index computers. 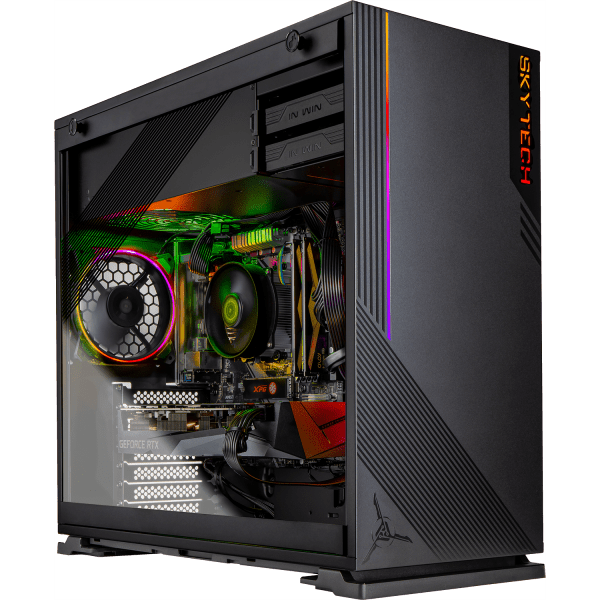 Contents hide
1 5 (Tested) VR-Ready Computers for the Valve Index
2 Info About the Valve Index
3 5 Best Computers For the Valve Index
3.1 Our Top Pick: SkyTech AZURE
3.2 Best Budget PC: ABS Master
3.3 The Best of the Best: ALIENWARE AURORA R11
4 Building Your Own PC
4.1 Build #1: My Recommended Build
4.2 Build #2 and #3 will becoming soon after I do more testing.

Info About the Valve Index

A cheaper computer will only be able to maintain lower refresh rates (80 or 90 Hz) which kinda defeats the purpose of having an Index in the first place.

Supersampling: If your computer isn’t powerful enough, it won’t be able to supersample games. This means the edges of objects will look more jagged and pixelated.

Whilst this might not seem important in general gaming, it can make a huge difference in VR. Removing those jagged edges can greatly heighten immersion.

So for specs – I recommend looking to buy a computer that can handle supersampling on at least the 120 Hz refresh rate.

Also keep in mind, the 144 Hz experimental mode is just a ‘nice to have,’ but don’t expect to be able to run it for ALL games. Some games are just too intense for VR to handle at 144 Hz, even on the best graphics card.

5 Best Computers For the Valve Index

Here’s the 5 best ‘pre-built’ computers you can buy and use straight away.

If you want to build a PC yourself – you can skip to the next section.

Why is the SkyTech Azure our top pick? The main reason is that I think 9/10 people will the suitable for this machine:

When trying these games on the 144 Hz ‘experimental mode’ it maintained the refresh rate for the majority (95%) of the time, but had frame drops in the more demanding spots. This wasn’t too much of a surprise. as these are some of the most demanding games in VR after all.

But if you wanna run lesser demanding games like Beat Saber on 144 Hz, you can do that all day.

If you want a cheaper mid-range option, you can try getting a computer with an RTX 3060 Ti.

If you’re really strapped on cash and want to spend the bare minimum, then this is what I recommend.

The ABS Master Gaming PC uses an RTX 2060 graphics card which I think is the lowest you should go for.

What you can expect from this PC: Most games (even the newer releases such as Half-Life: Alyx) will run smoothly on 90 Hz. However, when you try for 120 Hz, it will start to stutter and lag.

I’ve even had issues running Beat Saber on 120 Hz, so don’t expect to hit that benchmark on too many games.

Another cheap option is the Skytech Archangel Gaming Desktop which has similar specs, but uses a Ryzen instead of Intel CPU if you prefer that. To me, there’s not much difference though.

The Best of the Best: ALIENWARE AURORA R11

Remember when I said you can never have enough power for VR? Well, this is for those people who want the absolute best PC they can get.

Keep in mind that this isn’t the most ‘bang for your buck’ option. Getting a 3080, or even a 3070 graphics card is better value for your money, but for those who don’t care and just want the absolute best consumer GPU ever made, then here it is:

It comes with the very best specs you could ask for in a PC:

Building Your Own PC 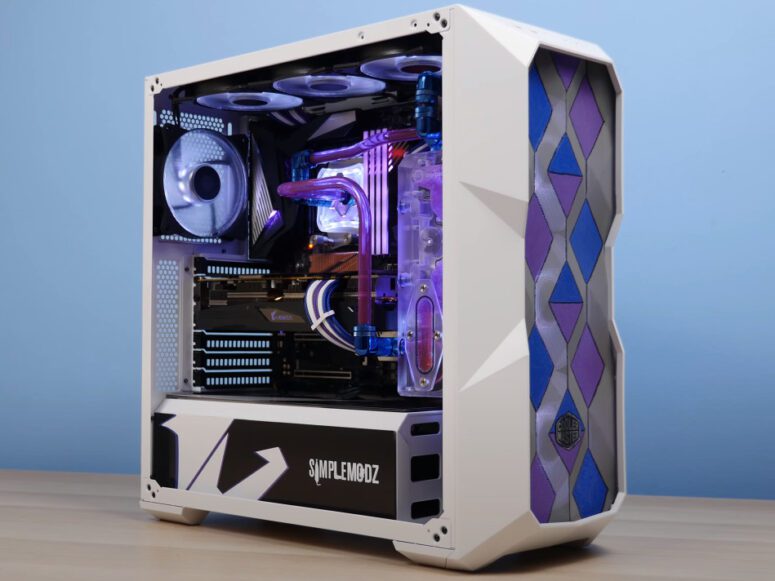 Not everybody wants to build their own PC and I certainly won’t push you to do it.

But if money is a concern for you – I highly recommend that you look into building one. It will save you several hundred dollars, and your PCs will generally last a bit longer than pre-built machines.

How long does it take to build a PC? For a beginner, it can take anywhere between 3-7 hours depending on how fast you are. On average, I’d say 5 hours.

A pro can build a computer in 30 minutes to an hour easily.

If you’re interested in building your own computer, I’m going to show you the builds I use and you can assemble it together by reading the manual that comes with buying the parts. Or you can follow some Youtube tutorials – there are plenty on the internet.

This is the build I use for myself personally. It’s slightly above ‘mid range’ and can handle the very best VR gaming has to offer.

Motherboard: ASRock X570 Phantom Gaming – Nothing too fancy, we just need a cost-effective motherboard that’s compatible with the rest of our hardware. Note: If you have an Oculus, this motherboard doesn’t have a USB-C port for it, so you might wanna pick this one instead.

Power Supply: Phanteks AMP 750W 80PLUS GOLD – We want at least 750W and gold rating, because our graphics card is very power hungry. Also this one is fully modular, meaning you can remove the unnecessary cables, making it much easier to build your PC (usually the cables in the way of building).

Cooler: Corsair iCUE H100i – this is one of the best coolers on the market at this price range and also has RGB lights.

Having an SSD will make your load times faster in games and your PC will boot in a few seconds. You want to install your OS (Windows 10) on the SSD along with all the games that require fast loading. Store everything else – videos, music, documents, less important games on the Seagate hard drive.

Case: There are several options for cases – just pick whatever you like the most:

Build #2 and #3 will becoming soon after I do more testing.

There are plenty of tutorials on how to build your own computer so I won’t cover it here. To be honest, your best just reading the manuals that come with the parts on how to assemble the PC. If you get stuck, you can look up a Youtube video for that manufacturer.