Skip to content
Who is the Best Beat Saber Player in the World?

Many people don’t know this, but there’s actually a leaderboard for Beat Saber designed by a third party. It’s called ScoreSaber and it’s the one everyone uses. Here are the current rankings: 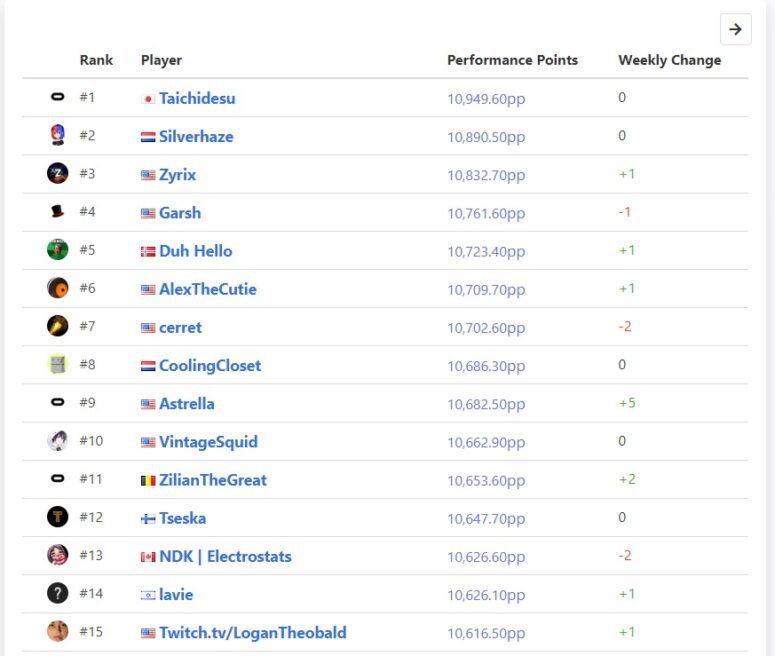 The best Beat Saber player in the world is Taichi, who is known for being the only person to beat the insanely hard ‘GHOST’ series by Dankruptmemer:

If you ask the general consensus, they’ll agree that Taichi is the best player in the world. After watching this video, you’ll even think he’s super-human.

Taichi’s competed in the ‘Summer Saber Stars‘ and the ‘Cube Community’ tournament 7 months ago, which he won by beating Bckill and CoolingCloset respectively.

The tournament consisted of the top players of that time including: Garsh, CoolingCloset, AtomicX, Bckill and Sfkwww, some of which you’ll notice are still on the top 30 leaderboards.

To be honest, everyone on the top 100 leaderboards are insanely good and can beat anyone on any given day.

It also largely depends on what Beatmap they’re playing – some people are accuracy gods, others have very quick hands and prefer speed maps whilst some prefer technical maps.

But in terms of skill and reliability, Taichi owns the first spot for most the difficult beatmaps and held a very high full combo rate in that tournament.

Bandoot is a very popular streamer so this question gets asked a lot. Whilst Bandoot is extremely skilled, he’s rank 379 on the leaderboards (as of writing this) and isn’t considered the best Beat Saber player.

Top 500 is still extremely difficult to crack and the skill required to make top 500 will make some of these players seem inhumane.

But overall, the best Beat Saber player is currently Taichi. The current #2 player is SilverHaze. 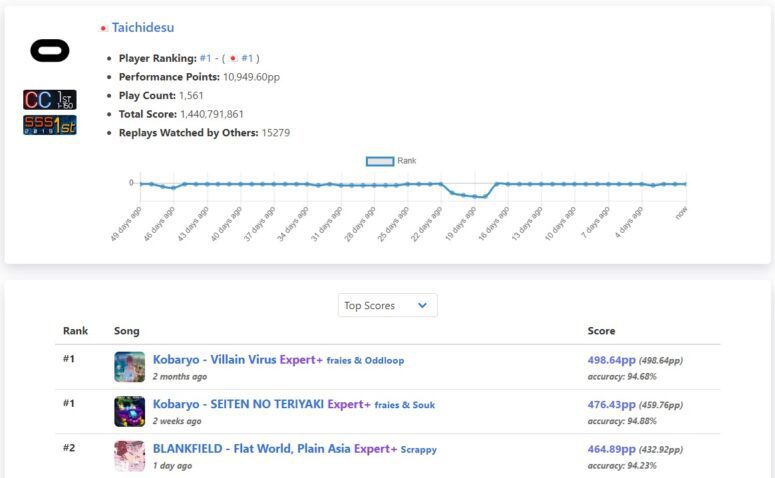 The rankings change over time and sometimes someone will overtake Taichi, but he’s the most consistent holder of the #1 title on ScoreSaber.

Beat Saber is still relatively new, only being around for over a year. The talent pool is still lacking compared to Osu, but that’s going to change soon and I’m excited to see the new blood that’s going to come in.